MORE ON THIS STORY...

The Sandcreek Byway Archaeological Project has produced one of the largest archaeological collections in the Northwest. Almost 600,000 artifacts were recovered from this project; a project that has spanned over three sites, three years of excavation and two years of lab work. Rather than excavating the entirety of historical Sandpoint, project excavations focused on selected areas identified through the historical research that was conducted prior to the start of fieldwork.

The northernmost area excavated was the Humbird Lumber Mill Blacksmith and Machine Shop. Continuing southwards, areas of archaeological interest included the Pioneer Cemetery, the Humbird/Nesbitt Boarding House, a boarding house for laborers, Sandpoint’s original Commercial Townsite, the Red Light District known to locals as the “Restricted District,” a jail, and most southerly, a Chinese-occupied home/business. Artifacts recovered from these areas include an incredible array of objects representing a cross-section of life at the turn of the century. The most extensive excavations were undertaken at the former location of the Humbird Blacksmith and Machine Shop, the Commercial Townsite, the Restricted District and the Chinese occupied building; a closer look at these archaeologically distinct areas can be found through links at the bottom of the page.

This archaeological project does not end with just publications and curation. In addition to the technical report, special studies, and our synthetic analysis, Idaho Transportation Department archaeologists and their associates are excitedly planning to incorporate both archaeological materials and research findings into a museum exhibit, an audio-visual walking tour, teaching trunks, a coffee-table book about Sandpoint’s historic Humbird Lumber Mill, and continuing community lectures about early Sandpoint. The large historic artifact collection will be available for future studies, both as a hands-on learning tool for the public at large and as a resource for academic research. Just as Sandpoint has a long history as a crossroads, extending into the prehistoric and distant past, the archaeological collection has a long future of potential study.

The Humbird Blacksmith and Machine Shop

In 1901, the Humbird Lumber Company bought out the local Sandpoint Lumber Company, located north of the Commercial Townsite with the Blacksmith Shop and situated along the eastern banks of Sand Creek. As technologies developed so did the shop and by 1909 it was labeled as a “Blacksmith and Machine Shop” on the Sanborn Fire Insurance Map.

Excavations of the shop were carried out in the fall and winter of 2008 and, not surprisingly, the vast majority of artifacts recovered are metal, including scraps, stock, horse shoes, and blacksmithing tools, as well as a great deal of battery parts. The 1915 Sanborn map of the Humbird Blacksmith and Machine Shop reveals a small building labeled “Electric Car Shed.” This building most likely provided a space for storage, repair and charging of batteries, possibly used to power the mills electric rail carts.

At the turn-of-the-century, automatic sprinklers were a type of technology installed in industrial buildings to comply with insurance policies. Remnants of automatic sprinkler heads were recovered from excavations of the Humbird Lumber Mill Machine Shop/Blacksmith shop.

Artifacts relating to the maintenance of the Humbird Lumber Mill were recovered during excavations of the shop and reflect the activities taking place in the building as well as indicate a transition between blacksmithing and machine shop technologies.

Established in the early 1880s, Sandpoint was a bustling railroad and lumber town with commercial businesses sprouting up along the Northern Pacific railroad tracks. The portion of the Commercial Townsite impacted by the new byway is nestled between Sand Creek and the railroad tracks. Excavated in different sections throughout the three year span of fieldwork, this original Townsite area reveals the ever-changing commercial side of Sandpoint. Businesses which occupied this area include a saloon, a boarding house, a jewelry store, the Charles R. Foss Pharmacy, several general mercantile stores, meat markets and the Pend d’Oreille Hotel. A series of fires ran through the area in the 1880s and by 1900 the expanding town decided to move across Sand Creek and reestablish the town center where there was vastly more room to grow.

Artifacts recovered from the Commercial Townsite reflect the refuse of an active town. In association with the end d’Oreille Hotel there are distinct disposal areas for glass, ceramic and faunal remains as well as concentrations of butchered bone from areas associated with two of the town’s meat markets. Sandpoint Pharmacy and Charles Foss Pharmacy bottles are also identified in the Townsite’s assemblage.

In the early 1900s, the town of Sandpoint uprooted its establishments along the railroad and moved west of Sand​Creek where more opportunity for town growth lay. Along with the town’s move came the move of a Red Light district to this new location; however, after a fire and an ordinance passed by locals in 1907, the Red Light District was moved back to the eastern side of Sand Creek. Located just south of Bridge Street, this area became known by the locals as the Restricted District. Businesses in this area include Charlie’s Café and Saloon, Marie Henderson’s brothel, Willa Herman’s bordello, and the Owl Dance Hall and Saloon.

The field work conditions for this stage of the project were logistically the most challenging because the majority of the site was below the Lake Pend Oreille water table. This challenge was largely met through the extensive use of pumps and rubber boots. Archaeologists recovered many artifacts pertaining to the day-to-day lives of Restricted District inhabitants, workers, and patrons. Of particular note were many wine and champagne bottles, pharmaceutical bottles, bar ware, items pertaining to sexual hygiene, clothing, jewelry, toys, and bric-a-brac.

To the south and east of the Restricted District lay an area occupied by a few Chinese immigrants. While not enough evidence is present to call this area a “Chinatown,” a variety of Chinese specific artifacts were found suggesting a residence or business occupied by a few Overseas Chinese. The 1904 Sanborn map shows a building in the area labeled as “Sam Sing Laundry.” The laundry, however, is not labeled on the 1909 Sanborn.

While this area may have had a short occupancy, the artifacts are numerous. Ceramics include various decorations and forms of Chinese vessels, such as, Four Seasons, Bamboo, Double Happiness and Celadon. Traditional Chinese brown glazed storage vessels that would store various foods were also found. Other artifacts include Chinese buttons, pocket watches, laundry-related items, a 1860 Colt Army revolver, pharmaceutical and alcohol bottles, and a very large quantity of food bones. 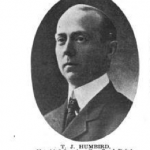 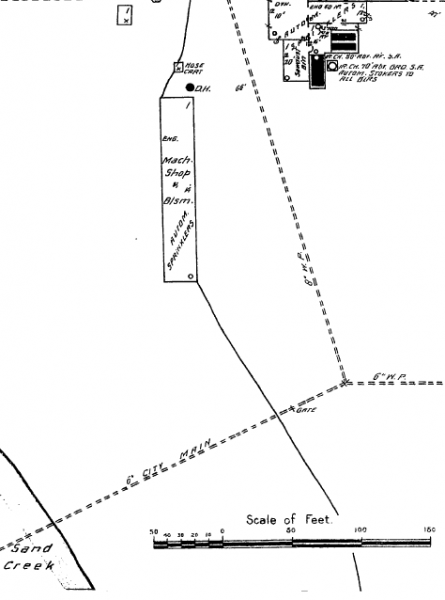 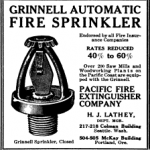 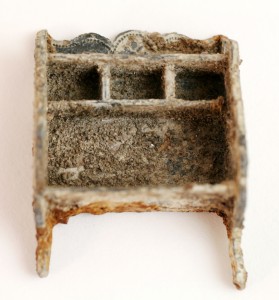 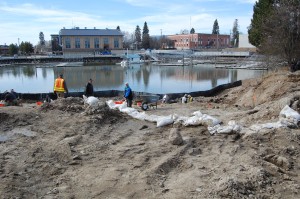